The human body is inhabited by a large number of various bacteria, which are necessary for a normal life and the functioning of the immune system. These microorganisms are mainly representatives of conditionally pathogenic microflora (staphylococci, streptococci, E. coli, etc.) and normally inhabit our skin and mucous membranes of organs.

This means that with strong immunity and the absence of provoking any adverse factors, they do not cause any troubles to a person, but as soon as the protective forces weaken, as the abundant growth of bacteria or finding them where it should not be, can provoke a particular disease.

One of these opportunistic bacteria is Escherichia coli (E. coli), a member of the Enterobacteriaceae family. [1] Escherichia coli is a natural inhabitant of the intestine, or rather the colon. It can also be found in a low number in the vagina.

Symptoms of E. coli Infection in the Intestine 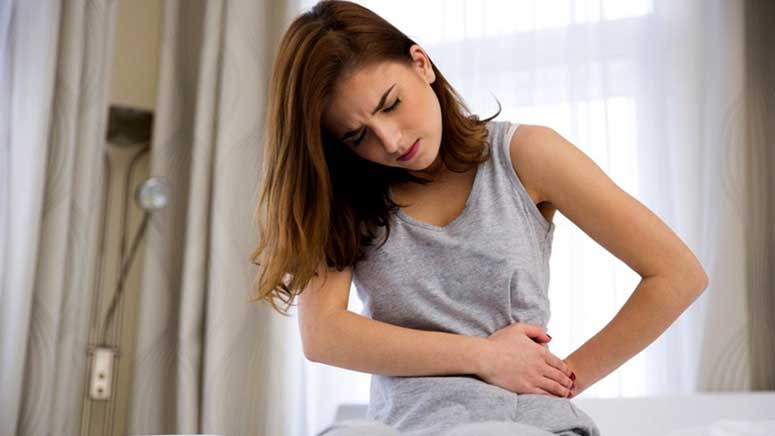 Symptoms of E. coli infection appear about 3 to 4 days after contacting with the bacteria through the consumption of contaminated food and water or due to the arrival of the bacteria in the urinary tract because of the close proximity between the anus and the vagina, in this case of the women. [2] Thus, the symptoms of infection vary according to the affected sites. However, E. coli in the intestine often present with the following symptoms.

Many of the E. coli family causes a different type of diarrhea. E.coli Enteropathogenic (EPEC) is the major cause of diarrhea in children. [3] The E.coli Enteropathogenic strain is capable of adhering to the intestinal wall, causing inflammation and changing the capacity of absorbing water and food, resulting in watery diarrhea. Adults usually gain immunity against this strain, which is why this type of bacteria causes diarrhea more in babies and children than in adults.

Enterotoxigenic E.coli (ETEC) causes diarrhea known as travelers’ diarrhea. [4] The E. coli Enterotoxinogênica is a strain that produces a substance that acts in the same way as the bacteria that causes cholera, causing profuse watery diarrhea.