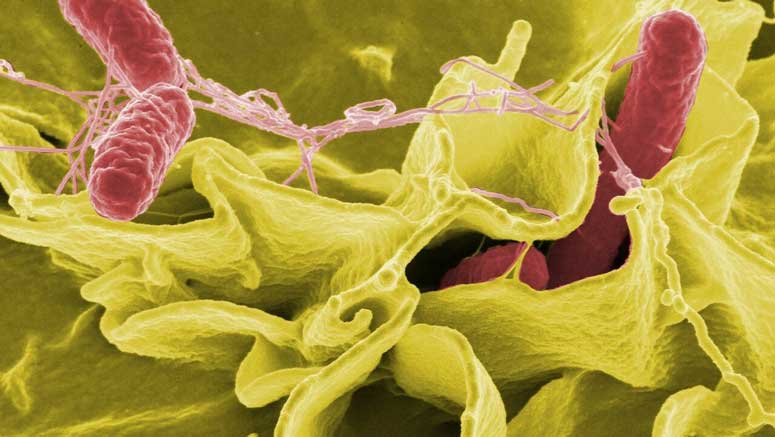 Salmonellosis is the medical term for salmonella infection. It is a bacterial disease that affects the gastrointestinal tract and causes uncomfortable symptoms. It is caused by the Salmonella bacteria. There are many types of salmonella, numbering thousands. According to the Centers for Disease Control and Prevention (CDC) [1], only about 100 cause infections in humans.

These bacteria live in the intestines of humans and animals and are passed out through feces. Most people get infected with salmonella through contaminated food and water. It is often found on the shells of eggs and may be present on the surface of some improperly handled canned drinks.

There are only around 40,000 cases [2] of salmonellosis reported each year in the United States. According to the Minnesota Department of Health, this number may be much higher since mild infections often go unreported. The Centers for Disease Control and Prevention (CDC) estimates that the bacteria cause over 1.35 million illnesses [3] every year in the United States. Less than 30,000 of these require hospitalization.

According to Mayo Clinic [4], the majority of people who have salmonella infections do not show any symptoms. In symptomatic patients, it often presents with diarrhea, fever, vomiting, and abdominal pain. The symptoms typically appear within 12 to 96 hours [5] after infection with the bacteria, although it may take up to two weeks in some people.

Healthy people often recover without treatment in mild cases of salmonella infection. Seniors, infants, people with immunocompromised systems, and those who have severe cases of salmonellosis often require treatment to get better. This article discusses signs that may indicate you have this infection.