Cushing’s syndrome, also called Cushing’s disease or hypercortisolism, is a hormonal change characterized by increased levels [1] of the hormone cortisol in the blood, which leads to the appearance of some characteristic symptoms of the disease such as rapid weight gain and fat accumulation in the body in the abdominal region and face, in addition to the development of red streaks on the body and oily skin prone to acne.

Thus, in the presence of these signs and symptoms, it is recommended to consult the endocrinologist so that blood and imaging tests are indicated and, thus, the most appropriate treatment can be administered, which can be done through the use of medication or surgery, for example.

The most characteristic symptom of Cushing’s syndrome is the accumulation of fat in the abdominal region and on the face mostly, which is also known as a moon face. In addition, other signs and symptoms may also be related to this syndrome. The most common symptoms are explained below: 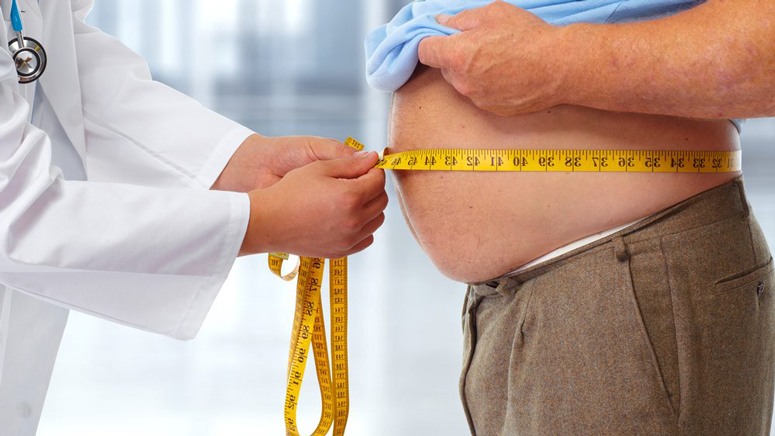 The first sign that draws attention is obesity [2], which is present in at least 90% of patients. It occurs in a progressive but disharmonious way, due to the increase in adipose tissue only in certain places, to the detriment of its increase globally. The predominantly affected regions are the torso, which acquires a rounded and hyperemic contour, typically called “full moon face” or cushingoid facies; the trunk, featuring centripetal obesity, with an increase, above all, in abdominal volume; and the back of the neck and the back, giving rise to the semi arched back sign called “buffalo hump”[3]. This disharmonious deposition is caused by the increased sensitivity of the adipose tissue of the trunk.