Staphylococcus, also known as staph, is a group of bacteria responsible for causing different kinds of diseases. [1] It is a genus of gram-positive bacteria that appears spherical when viewed with a microscope and usually arranged into grape-like clusters. There are several species of staphylococcus known, and many of them are known to use humans as their host by colonizing skin and respiratory tracts. Some of these species include: S.aureus, S.auricularis, S.borealis, S.capitis, S.epidermidis, S.haemolyticus, S.leei, S.pasteuri, S.sciuri, S.warneri, S.simulans, and etc. These species can cause different kinds of infections in man. The commonest species usually implicated in these infections is S.aureus.

Diseases caused by these organisms can be very mild or severe and can even be fatal. Infections can lead to sepsis and shock, which can lead to the death of the affected individual. Therefore, staph infections should be treated carefully and completely to avoid complications.

Just like other bacterial infections, staph infections are treated using antibiotics. These drugs may act by killing the organisms, preventing their growth and multiplication. Antibiotics should be used as prescribed by the doctor. Treatment regimens should be adhered strictly to prevent the bacteria from developing resistance to the antibiotics, thereby slowing treatment or halting it entirely.

Types of Staph Infections and the Staphylococcus Causing Them 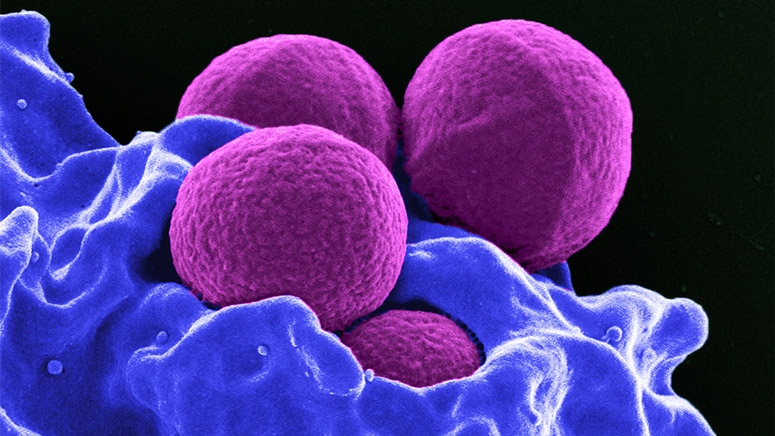 Staphylococcus is one of the leading causes of skin infections in man. Infection of the skin by staphylococcus can manifest itself as cellulitis, which is the inflammation of the connective tissue and deep layers of the skin; impetigo, which is the crusting of the skin. These bacteria can produce harmful toxins that cause a serious skin condition known as Scalded skin syndrome. Another common skin infection caused by staphylococcus in breastfeeding women is Mastitis in which the skin above the breast is infected.

This condition occurs when staphylococcus finds its way into the bloodstream (staphylococcal bacteremia). This is a severe condition and can lead to shock and death. Common symptoms are low blood pressure, fever and chills. The organism that is commonly implicated is Staphylococcus aureus.

Staphylococcus can invade the heart valves and cause inflammation, leading to a condition known as infective/bacterial endocarditis. This is a common cause of heart failure. [3]